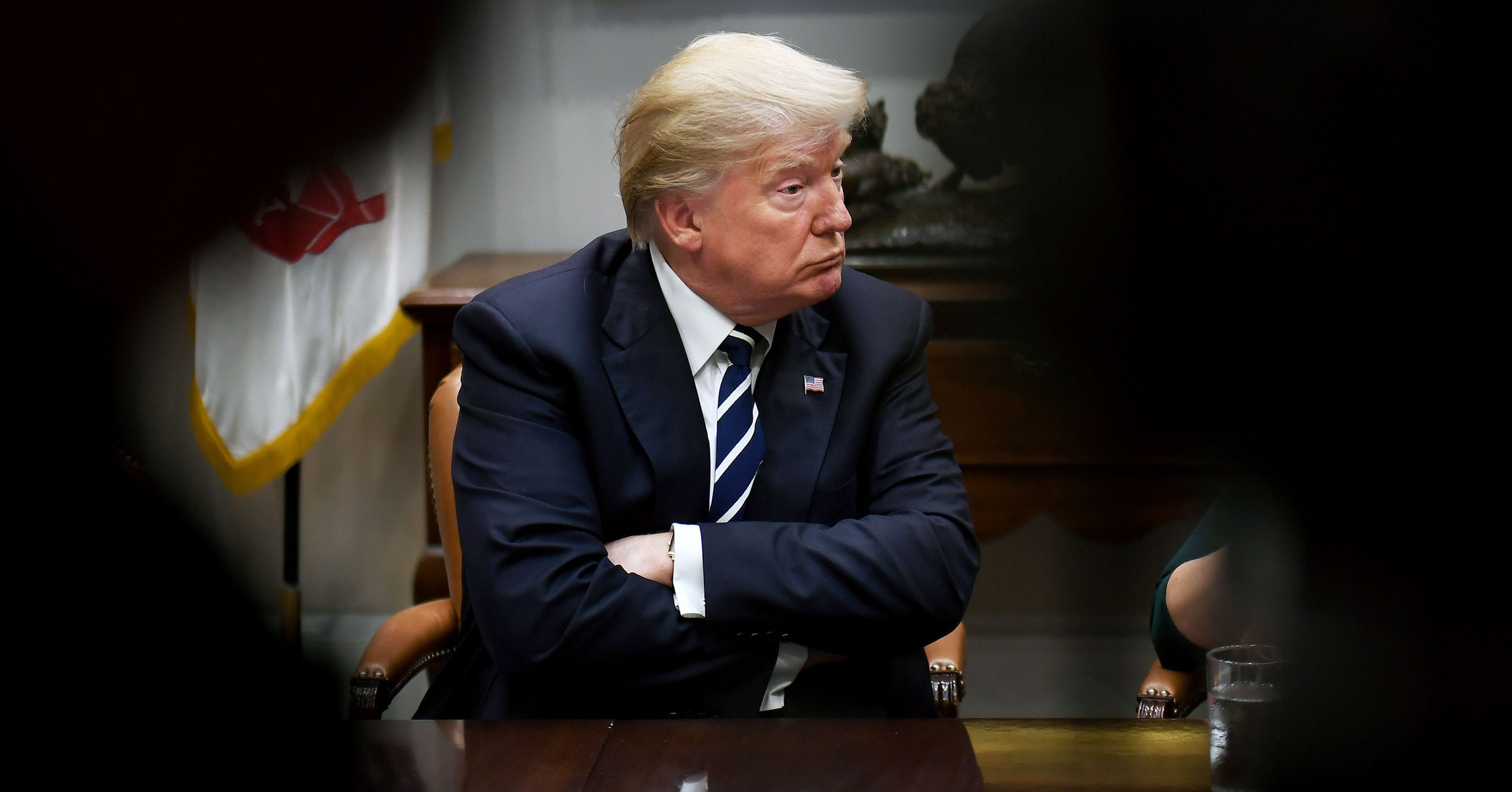 Last week Facebook decided that maybe it should make some changes to the information people see on the platform; also, a lot of people got very interested in the pay discrepancies between Mark Wahlberg and Michelle Williams. But, beyond that, it was also a week where everyone learned that a school kid could play the Cantina Band song from Star Wars with a pencil.

Yes, it was yet another strange, wonderful week on the internet. But what else happened? Here we go.

What Happened: President Trump reportedly referred to Haiti, El Salvador, and some African nations as “shithole countries.” The internet responded in kind.

What Really Happened: There is absolutely no denying that Trump has had an impressively full week, declaring himself a stable genius, denying the possibility that he might be deposed as part of the Russia investigation, and avoiding Kendrick Lamar. But it was his comments reported Thursday that will likely have the longest-lasting impact.

Some were concerned about journalistic standards…

…but many more were concerned about presidential standards, instead.

Naturally, media reports came fast, furious, and horrified. As the fallout from the comments continued, perhaps the most surprising reaction was the fact that the White House didn’t even try to deny it initially.

And they weren’t the only ones failing to denounce Trump’s crude language.

Still, at least one prominent conservative was willing to correct Trump.

As some of the countries mentioned started asking for comment on the comments, Trump said this:

Well, that’s what he said publicly, at least…

What Happened: Apparently, when shadow presidents fall, it happens quickly and they even lose their satellite radio shows. Sorry, Steve Bannon.

What Really Happened: As those reading Michael Wolff’s Fire and Fury book know, there is one figure that looms arguably even larger throughout the entire thing than Trump himself: self-proclaimed genius (hey, another one!) Steve Bannon. Turns out, the ego-stroking he might have gotten from the book was likely a farewell gift, considering how the rest of his week went.

Yes, Bannon has lost the Breitbart job he swiftly returned to after leaving the White House back in August, despite releasing a full-throated walk-back of his comments in the Wolff book. So, what happened?

That’d do it. Sure enough, Breitbart was tweeting about his departure.

But it wasn’t just Breitbart that dumped him, it turned out.

(Bannon lost his Sirius show because it was a Breitbart-related venture, for those wondering; it wasn’t a coincidence, just cause and effect.) As would only be expected, news of his departure was everywhere in the media, but how did the rest of the internet respond?

It wasn’t only glee at Bannon’s misfortune, of course; some were also wondering just who could replace him at the outlet. Or maybe that should be, “what.”

The Takeaway: If only there was some kind of lesson to be learned from the swift rise and fall of Steve Bannon. Maybe it’s this?

The Leak of the Week

What Happened: In a political environment consumed with the concept of leaking, a surprise release of previously secret testimony to Congress took the internet by storm.

What Really Happened: Despite what certain POTUSes might have you believe, the investigations into potential collusion between the Trump campaign and Russia are ongoing, although at least one—the one being carried out by the Senate Judiciary Committee—is running aground thanks to internal strife between Republicans and Democrats on the committee. At the start of the week, one of the topics causing the most upset was the testimony of Fusion GPS co-founder Glenn Simpson over the origins of the company’s infamous “Russian dossier.”

Simpson testified in a closed session in August, but faced new calls from Republican committee chairman Chuck Grassley last week to testify again, publicly. Simpson and co-founder Peter Fritsch, in an op-ed that appeared in the New York Times, argued that Congress should simply release the transcript of his earlier testimony. Things seemed at an impasse… and then they didn’t. What changed?

People were surprised at how hardcore the move was…

…especially after Senator Feinstein responded to questions about why she did it.

This kind of thing is, well, unusual to say the least, so of course it was everywhere almost immediately. The 312 page document was, unsurprisingly, very enlightening.

This was, in other words, a really, really big deal. Although what kind of a big deal apparently depended on which side of the ideological spectrum you were on.

Expect this one to run and run.

The Takeaway: Actually, wait, we never checked in on how Trump responded to this news. Mr. President?

What Happened: When it looked as if a news story was going to out the creator of a secret list of crappy men, the internet took it upon itself to handle the situation first.

What Really Happened: Perhaps you heard of the “Shitty Media Men” list before last week; it was a Google spreadsheet shared and edited anonymously that listed more than 70 men who were accused of being, to some degree, abusive towards women, whether it was creepy DMs or physical and sexual abuse. Since its creation in October of last year, it’s been the topic of much speculation and discussion, not least of all because no one actually knew where and how the list got started. And then, last week, that all changed.

It all started with a thread from n+1 editor Dayne Tortorici.

There’s much more in that thread, but those are the most salient points. Tortorici’s comments prompted a response from journalist Nicole Cliffe, and follow-ups from other journalists and editors.

It turned out that the writer of the piece, Katie Roiphe, was willing to comment that she was not about name anyone involved in the list.

Maybe the creator(s) of the list wouldn’t be named, and there was no need to worry about doxing! Well, OK, that was unlikely (for reasons we’ll soon get to). But then, something wonderful happened.

Indeed, so many women came forward to claim responsibility that a hashtag was created, #IWroteTheList, to share collective responsibility:

And then, the real author stepped forward.

Donegan’s piece for The Cut had an immediate impact.

The Takeaway: Nicole Cliffe, want to wrap this one up?

The (Flagging) Power of CES

What Happened: Someone at CES 2018 took the idea of “lights out” a little too literally.

What Really Happened: What would be the most unfortunate thing to happen at a trade show where electricity is kind of important?

Yes, the 2018 Consumer Electronics Show was hit by a two–hour power outage last week. Before the cause was known—apparently, it was just rain—some people had some… special theories about what was happening.

Others were just philosophical about it all.

Some were even wondering who “won” the blackout. To be fair, a couple of brands definitely tried their best to claim the crown.

Ultimately, though, the answer to who won is fairly obvious, surely.

Some people at the show really seemed to enjoy the darkness, even if they didn’t make off with any free gifts. Hell, some went to so far as to hope it wasn’t a one-off.

The Takeaway: Of course, it’s worth keeping some sense of perspective about things…

Maria Dehn is a Writer at OpenStackServers.com. She has held editorial management positions for numerous print and Web publications. She has more than 17 years of Information Technologies and journalism experience and has written many books on cloud computing. She can be reached at [email protected] View all posts by Maria Dehn